Nashville, TN, May 10, 2021 — Nashville businessman and philanthropist Ben R. Rechter, whose behind-the-scenes efforts involving civil rights, education, nonprofits, public media, and the arts were integral in making the Middle Tennessee region a national model the past 50 years, passed away on May 7. He was 83.

Rechter was president of Rogers Group Investments, Inc. and was a founder and the second-ever board chair at The Community Foundation of Middle Tennessee (CFMT), where he remained an active member of its Board of Trustees.

CFMT honored him and other founders with the Joe Kraft Humanitarian Award in 2001. In 2016, he shared the initial Bridge to Equality Award along with his close friend, the late Francis Guess, for their tireless efforts to create equal opportunity in Nashville.

“It is hard to imagine how many lives he has touched,” said Ellen Lehman, CFMT president and one its founders, “and certainly all of us involved with The Community Foundation are on that list.”

Rechter was a past recipient of the NAACP’s Legacy Award for individuals who created positive, impactful change and a measurable difference with the Greater Nashville community. He was appointed to the U.S. Civil Rights Commission by President Ronald Reagan and served 30 years on the Tennessee Commission on Human Rights.

“Ben was a person who tried to bring about equity and make this community a better place,” recalled Dr. Henry Foster, professor emeritus and former dean of the School of Medicine at Meharry Medical College, in a 2016 tribute video produced by The Community Foundation. “That was really what he was all about.” 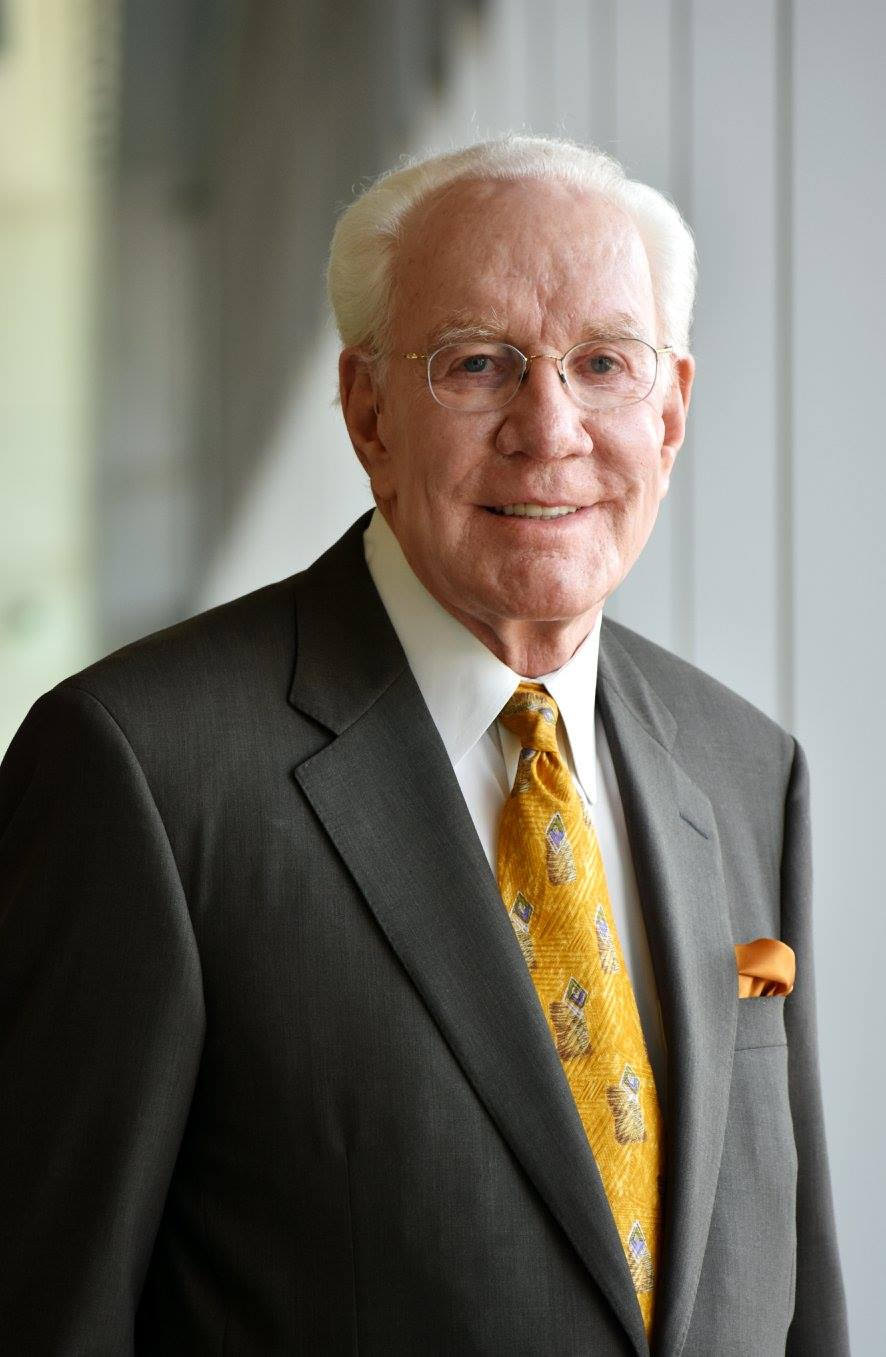 Among his long list of community service, Rechter was a benefactor and served as Chairman of the Board of Directors of Nashville Public Television and served on several boards of directors, including the Metropolitan Nashville Public Education Foundation, American Learning Solutions, and the recently opened National Museum of African American Music, on which he was Chair of the Finance Committee.

He has also served as Chairman of the Board for Fisk University, United Way of Greater Nashville, the Nashville Area Chamber of Commerce, WPLN Education Foundation, Cumberland Museum & Science Center, the Nashville Institute of Arts, and the Nashville Symphony Association, and has served as a commissioner of the Metro Development and Housing Authority.

Rechter also was a founding member of the Tennessee Performing Arts Center where, working side by side with business leader and arts philanthropist and activist Martha Ingram, was integral in its formation and opening in 1980.

“When Ben says he’s going to do something, he does it. You don’t have to ask him twice,” Martha Ingram said in the CFMT tribute video. “I believe Ben was the first chairman of the TPAC board, and for a time Ben wrote payroll from his own personal checkbook.

“Talk about generous, but talk about brave,” she continued. “It’s something we should always be grateful for. Because that was a big deal.”

Most recently, Rechter passionately dedicated his time and energy to the “We Are Nashville” project that currently is being revealed across the city.

“I don’t think anyone has loved Nashville as intensely as Ben Rechter did,” said Kerry Graham, Nashville advertising and marketing executive and fellow CFMT board member. “He was proud of its growth, but he also had this intensely urgent sense that we were outgrowing the things that had made this city great in the first place — that the Nashville we fell in love with will disappear unless we protect and preserve its special character: Our kindness, our generosity, our willingness to help those who live around us.

“Ben was fiercely concerned about that, and what that meant for our neighbors here who haven’t shared in the “It City” spotlight, affluence and self-esteem,” Graham continued. “And he saw it as his mission to try and change that.

“So four years ago, Ben gathered a few co-conspirators and launched the “We Are Nashville” initiative to reintroduce Nashville to itself (www.wearenashville.com). “A Family Portrait of a family grown too big to know each other — designed to help us see and meet the people who live around us, start conversations that help us know and understand each other better, and treat each other like family. Because as he said many times, Nashville will never reach its full potential until we do.” 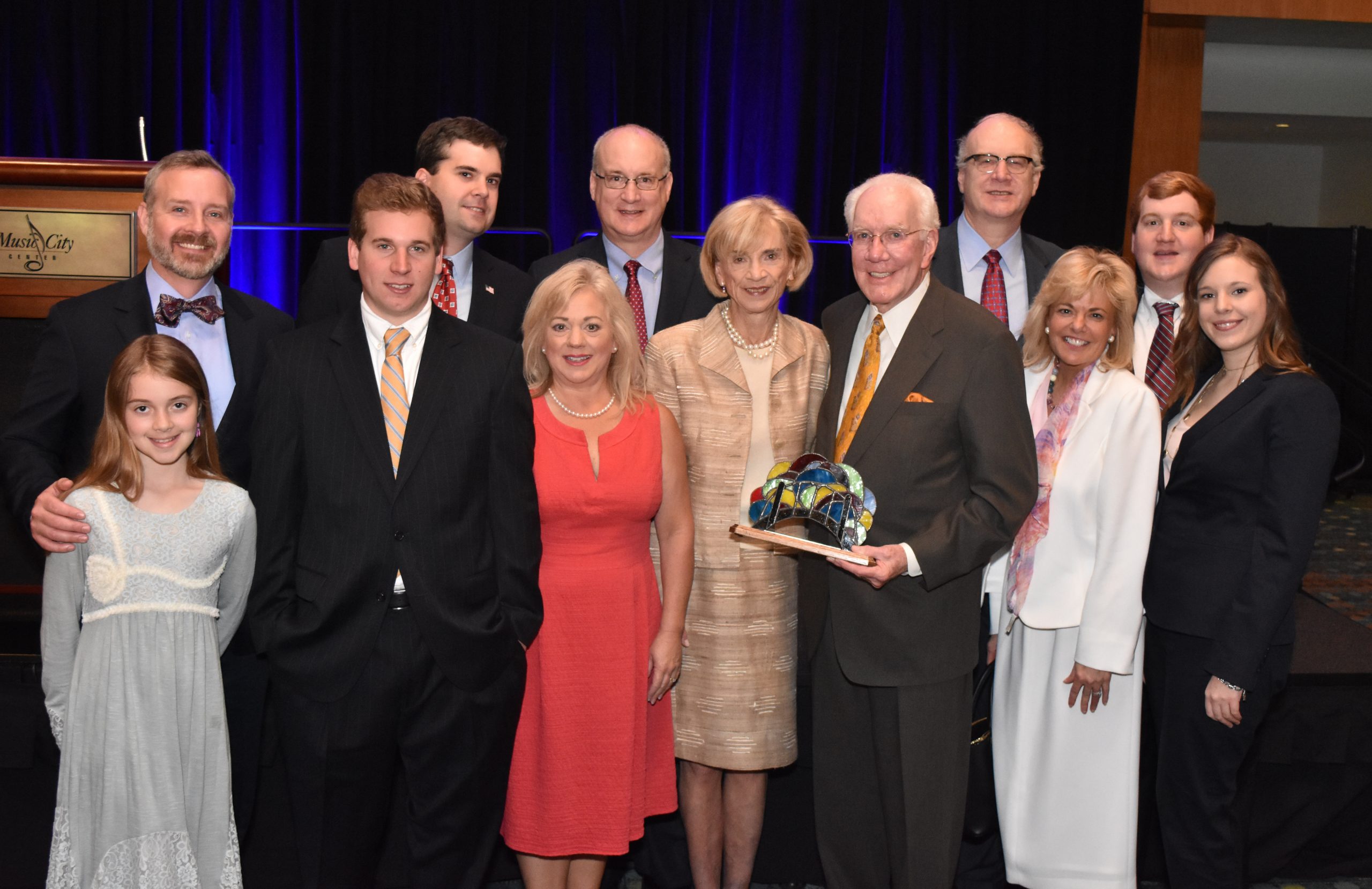 Ben R. Rechter, wife Joan and family gather to celebrate the inaugural Bridge to Equality Award from The Community Foundation of Middle Tennessee in 2016 at the Music City Center.

Rogers Group Investments was founded as Bloomington Crushed Stone in 1908 by Ralph Rogers, with his son-in-law and Ben’s father, Ben W. Rechter, joining the company in 1936. His three grandsons, Ben, Sam and Rick Rechter, followed suit. It became the largest privately owned aggregate producer in the country. Projects include the company’s work in Oak Ridge, Tennessee, the runway for the 101st Airborne Division in Fort Campbell, Kentucky, a runway extension at Nashville International Airport, and the Bicentennial Mall walkway in Nashville.

Born May 27, 1937 to Ben W. and Helen Rogers Rechter of Bloomington, Indiana, his father ran the company business and was a concert violinist and a semipro basketball player, while his mother was a pilot.

He attended Hanover College and his hometown Indiana University.

Growing up, “Ben was always helping people any way that he could,” said his twin brother, Sam Rechter, in the 2016 CFMT tribute video, even when the family had little in the way of disposable income. “And when he could financially engage in the community, he did. He has shown a lot of leadership for the family.”

Rechter and his family moved to the Nashville area in 1972.

Rechter always rejected a description as a “do-gooder.”

“When you have a resource, if you can help in a situation, you ought to do something,” he told The Tennessean in the 1992 interview. “It’s this business of community in the larger sense, not just geography or people.

“It’s got to be all right to help each other.”

Rechter and wife Joan’s philanthropy never slowed. In November 2020, they contributed $825,000 through an unexpected gift to help fund an eight-family residence at Blue Monarch residential recovery program in Tullahoma for women and their children recovering from abuse and addictions as well as other trauma.

Rechter remained ever passionate about race relations and civil rights.

In a commentary published in The Tennessean in January 2021, he wrote:

“We enter 2021 in a fight yet again against bias, bigotry and racism in this country and in this community. We have been doing so for generations. Why does this battle continue? Why haven’t the good, the enlightened, the just — our side — won?

“It is simply because our individual commitment to advocacy of this issue is not strong enough to defeat those whose advocacy is demonstrated in bias, bigotry and racism.”

In lieu of flowers, the family requests donations to The Community Foundation of Middle Tennessee or United Way of Greater Nashville.

The family wishes to extend special thanks to the Sarah Cannon Research Institute and Alive Hospice.

About The Community Foundation of Middle Tennessee

The Community Foundation exists to promote and facilitate giving in the 40 counties of Middle Tennessee and beyond. It does this by accepting gifts of any size from anyone at any time and by empowering individuals, families, companies, nonprofits, and communities to respond to needs and opportunities that matter. The Community Foundation works with people who have great hearts, whether or not they have great wealth, to craft solutions that reflect the intentions and goals of their charitable endeavors. For more information, call 615-321-4939 or visit www.cfmt.org.

Find a Fund Give to a Fund